Risky Business - Finding the Right Balance Between Daredevil and Avoider 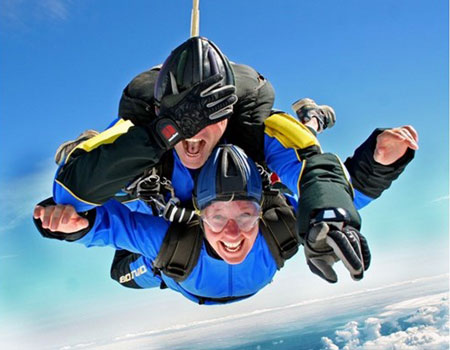 When we think of risk-takers, we typically envision a daredevil personality - someone who propels a motorcycle through a ring of ﬁre while juggling chainsaws, or who bets their house during a poker game. This is probably why we commonly equate risk-taking with recklessness and often regard risk-takers as a liability. And while we may secretly envy their carefree joie de vivre, we would deﬁnitely have reservations when it comes to hiring them.

It would be a mistake to assume that all risk-takers are a liability in the workplace. We would be equally wrong to assume that this personality type should be restricted to a limited range of adventurous positions. Risk-takers are not only a desired commodity in today's competitive business environment, but they are also essential to any company that hopes to grow and ﬂourish economically. Of course, the degree to which risk-taking is warranted and appropriate varies from position to position, and so does its form. Nonetheless, adopting a responsible risk-taking attitude can enhance an employee's performance in many positions. Perhaps to dissuade ourselves of the notion of the risk-taker as liability, a more accurate view of the risk-taking personality is in order. Risk-takers are commonly sensation-seekers, constantly on the lookout for new and varied experiences. These individuals are typically able to handle greater amounts of stress and uncertainty, and thrive on new challenges. They are open to change and generally dislike monotony and routine. They are also more likely to take an active part in creating new, stimulating experiences for themselves, even in situations where creativity is not commonly found or expected.

Based on the above description, we can easily see how a risk-taker can be an asset to a company. However, risk-taking has equal potential for negative or positive consequences. That's why it's important to screen for qualities that complement calculated risk-taking. While the tolerance for risk may vary from person to person, the successful risk-taker's personality is always tempered with a healthy dose of conscientiousness, concern for negative consequences, and common sense. A willingness to take risks does not mean the person is oblivious to danger. The accomplished risk-taker always does his or her best to make informed decisions and minimize the potential negative impact of those decisions.

Imagine a marketing executive who envisions a new and unique advertising strategy for his company. Suppose that the campaign is so daring in its style and approach that it has caused concern amongst upper management. The responsible executive will, of course, do his homework. He will thoroughly research the idea, hold focus groups, and consult other experts whenever possible. Ultimately, the decision to move forward with the campaign is still a risk, but a calculated one.

Finding a well-balanced risk-taker isn't an easy feat - unless you want to use tell-tale signs like scars, missing fingers, and tattoos. However, personality tests assessing traits that are conducive to smart risk-taking may be a better option.

The accomplished risk-taker always does his or her best to make informed decisions and minimize the potential negative impact of those decisions.

PsychTests' ARCH Profile offers a Risk-Taking Test to uncover a candidate's risk-taking profile, as well as a Work Accident Likelihood Assessment, in order to identify individuals who may be a liability in positions with a degree of physical danger. While hiring a risk-taker may in and of itself be a liability, doing so without a clear understanding of a person's personality may be an even greater hazard.