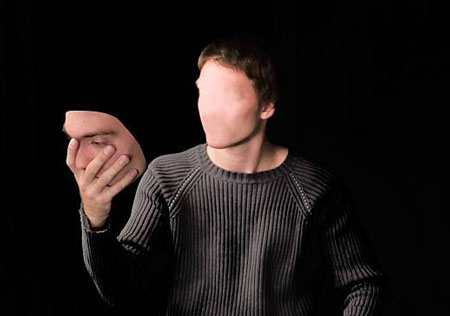 Statistics vary when it comes to how much businesses lose yearly as a result of employee dishonesty, but placing losses in the vicinity of several million each year (in the form of employee theft, time theft, etc.) probably wouldn't be too oﬀ the mark. What's an employer to do? The polygraph test has been banned for over a decade, and the criteria for identifying a dishonest worker just can't be narrowed down to shifty eyes, a gold tooth, and a long, thin moustache twiddled between claw-like ﬁngers. "My last major career achievement you say? Why, I defeated my nemesis, Mr. Bond," replies your job candidate as he strokes his cat. No, dishonest employees are not that blatantly recognizable, unfortunately.

While honesty tests in general need to be taken with a grain of salt, research has shown that honesty testing in the employment setting does have its merit. Studies by One et al., (1993) show that honesty testing works. In companies where testing has been implemented, theft and other forms of dishonest behaviors have decreased dramatically. Research has also found a reasonably strong link between integrity test results and overall job performance.

After months of research and years of tweaking, PsychTests' version of an honesty test was released to the public. Over 1,600 test-takers completed their most recent version. The average score on the honesty test was 70, indicating that while most people may be tempted to stick their hands in the proverbial cookie jar, they are fairly honest on most occasions. PsychTests' statistics also reveal that women were slightly more honest than men (scores of 72 and 69 respectively). Men were slightly more likely to have lenient attitude towards dishonesty (32 vs. 29), to rationalize dishonest behavior (30 vs. 27), and to cover up for a colleague's or friend's dishonesty (37 vs. 32).

Honesty also tends to vary with age. Unlike older age groups, those below the age of 17 were more likely to have a lenient attitude towards dishonesty, to perceive dishonesty as a frequent occurrence ("everyone's doing it"), and to rationalize dishonest behavior as a result of certain circumstances or of being treated poorly. Younger age groups were also more likely to surf the internet for personal purposes while at work, to waste time, and to cover up for their own dishonesty as well as other people's.

"Honesty at work can be a sensitive issue, but something we need to look into," points out Dr. Jerabek, president of the company. "Our data show that only 20% of our test-takers believe that the majority of people are honest. That's telling. The question is, does adopting the attitude of "everyone else does it" increase acts of dishonesty? While research has varied on the strength of this relationship (many things can influence the strength of the effect), it is generally considered to be true by experts in the field of honesty testing. However, employers certainly should not make hiring choices based solely on the results of an honesty test. It is an important source of information that should be considered in light of references, other personality assessments, and job history." The frequency of dishonest acts at work may be higher than managers think. PsychTests' data show that 49% of people worked in a position where colleagues were consistently and purposely unproductive - long breaks, leaving early, intentionally working slowly - classic cases of "time theft". 21% of test"takers admitted that they spent at least an hour surfing the internet for fun while at work, and 13% confessed that, had a camera been present to film their every move, they would have worked harder and taken fewer breaks. Innocent admissions of course, and likely something the majority would be guilty of to a certain degree, but the number of wasted work hours does add up.

And it isn't just time theft. 26% of PsychTests' population of test-takers were between the ages of 15 to 18 the last time they remember stealing something, and 28% have said that they've stolen small things from their employer, like food and office supplies.

"Some dishonesty, it seems, is an act of kindness, as a whopping 73% of people would tell a boldfaced lie in order to protect the feelings of someone they care about," says Dr. Jerabek. "Whether or not a white lie can be rationalized as an act of honor is a debate of its own merit, but when we are dishonest at work, even with a strong rationale - an unappreciative boss, a hateful coworker, a money"hungry corporation - we aren't taking the high road here. Sadly, we become no better than these people we dislike."

PsychTests' WINT (Work Integrity Test) is available to HR managers, along with (if requested) customized interview questions based on a test"taker's results.