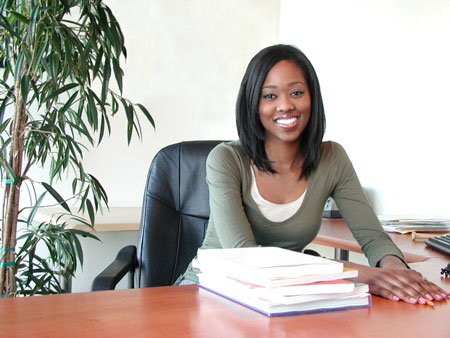 Emotional Intelligence (EI) can be considered one of the most complex concepts in psychology. Researchers refer to this form of intelligence as the capacity to recognize and deal with our own feelings and those of others. EI describes abilities distinct from, but complementary to, academic intelligence or the purely cognitive capacities measured by IQ.

There was a time when intelligence, as measured by classical IQ tests, was considered the leading determinant of success. However, a piece of the puzzle seemed to be missing...one that would explain why some highly intelligent people are outperformed at school and in the workplace by less intelligent people.

Since the birth of the concept in a 1985 thesis by Wayne Leon Payne, researchers have been working to discover which factors play a part in emotional intelligence. For many prominent EIQ researchers, including Daniel Goleman and Reuven Bar-on, the construct includes broader traits such as motivation, interpersonal skills, and other personal attributes, often called a "mixed model" of emotional intelligence. For others, including Peter Salovey, John Meyer, and their colleagues, the latest models of EIQ are strictly related to a person's abilities in this area (perceiving, understanding, managing and using emotions), often called an ability model.

In late 1990's, emotional intelligence became one of the hottest buzz-phrases in contemporary psychology and the business world, due in part to Goleman's claim that a high EI was one of the best predictors of success in the workplace. In his 1995 book, "Emotional Intelligence, Why it Can Matter More than IQ", Goleman implied that emotional intelligence is at the root of many company issues. Why are some smart people un-successful? Why do some excel in management while others struggle? He hinted that EI was an answer to all these questions.

In the business world, employees and managers who posses high EI are typically effective communicators and leaders. EI is more than feel-good, tree-hugging fluff - it has practical applications that affect how an organization and individual employees perform. That's part of the reason why EI training programs are so successful, as they promise organizations marked improvements in horizontal and vertical communication, better productivity, teamwork, and stress management.

EI theorists believe that deficient emotional intelligence may be the reason why some very brilliant people never reach their full potential.

You've probably already come across a really brilliant employee on paper, with a list of degrees that could qualify him or her for a Nobel Prize. However, his or her lack of emotional intelligence may have alienated team members, turned off potential clients, and rubbed management the wrong way. EI theorists believe that deficient emotional intelligence may be the reason why some very brilliant people never reach their full potential. It's also the reason why EI should be a differentiating factor in hiring and promotion decisions. EI isn't just a matter of how well someone controls his or her emotions in the workplace. It's the capacity to be self-aware, to resolve conflict effectively, to be resilient in the face of difficulty, and to deal with people in a socially-insightful way. These are crucial skills whether hiring for a sales position, managerial position, or customer service. Even if a job doesn't require someone to interact with others to a large degree, emotional intelligence is still important in developing self-esteem and self-knowledge.

There is certainly a genetic component to EI, but it is still largely a skill that can be built. Here are some tips for employees and management on how to improve emotional intelligence:

Psychtests has spent a great deal of time and effort conducting research on emotional intelligence since the launch of its first emotional intelligence assessment in 1996. The company continues to update this assessment to incorporate results of new research and to evaluate the reliability and validity of the MEIQ (Multi-dimensional Emotional Intelligence Quotient, now the 7th revision). With over one million users since its inception, it has become PsychTests' best-selling and most useful HR product.