The Stress Response: Fight, flight, freeze, or have gas 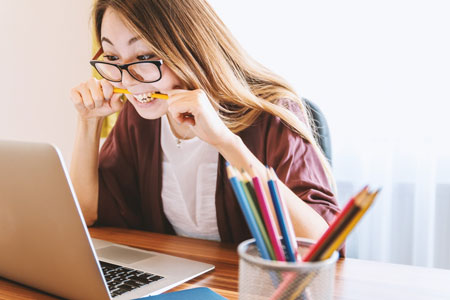 All animals, including humans, react to threats in the same manner. When you sense danger, your body's sympathetic nervous system and neuroendocrine system are activated, resulting in a release of a biochemical cocktail of adrenaline, noradrenaline, cortisol, and other stress hormones. These stress hormones regulate a number of physiological functions that put your body on alert, getting it ready to spring into action in order to deal with the perceived threat. This, in a very "sciency" nutshell, is your instinctual "fight or flight" response, which generally takes the following route:

Step1: Flight - Try to escape the threat. Run away, hide, or do whatever you can to physically remove yourself from the situation.

Step 2: Fight - If fleeing is not an option, fight. Go on the offense by attacking your enemy or defend yourself.

Step 3: Freeze: Play dead (usually seen in animals) or try to blend in with your surroundings (hide in a crowd, camouflage yourself, etc.).

While your body is either running, playing dead, or getting ready for battle, numerous physiological responses are occurring on the inside:

Although our flight or fight response is essential to our survival, putting the body in a high state of alert will naturally take a toll. This is especially true if the stress is prolonged. According to physiologists, we go through three different stages when faced with a stressor, known as the General Adaptation Response or GAS.

When faced with a stressor, your body is put on alert. Adrenaline, cortisol, and other stress hormones are released, initiating the fight or flight response. The problem? The longer this stage lasts, the more damage it does to your immune system. This is why medical experts constantly warn us about the negative effects of stress.

If the source of the stress is chronic or cannot be easily resolved, the body remains on alert and tries its best to adapt. Prolonged stress, however, will tire you body out, leading to Stage 3.

At this point, the body has reached a level of complete burnout. Your immune system is compromised, and if not given sufficient time to recover, digestive disorders (ulcers, IBS), cardiovascular problems (heart attack, stroke), diabetes, or mental health problems will occur.