How much is that hiring mistake really costing you? 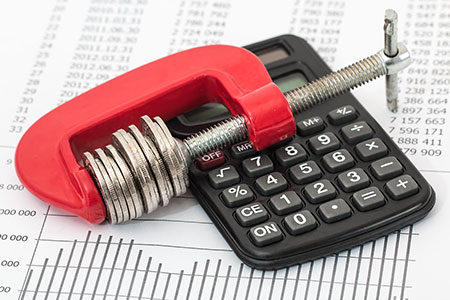 John Twoface graduated from one of the top universities in the country, and produced shining letters of reference from several professors and previous managers. He looks like someone who will go places. You discover, 6 months into the job, that he's fiercely competitive with his colleagues. He steals other people's ideas, but then makes them better. He gets the job done, but his ways are not exactly kosher. Something tells you that he used to be a shark in a previous life (he does have nice teeth though).

If you've had an experience similar to this, then you're probably well-aware that some people who look good on paper and who should be a success can end up leaving you unpleasantly surprised. That's why adding additional tools to your recruitment process is essential. As we learned in part 1 and 2, résumés and references alone are not going to cut it anymore. And here's the toughest thing to hear: If your recruitment process is lacking, chances are that there will be consequences.

The consequences of bad hires on the individual level

It is likely that almost everyone has had at least one job they hated, or that wasn't a good fit for them. You know...that job that made it hard to wake up in the morning, that left you feeling crabby, sad, and both emotionally and physically exhausted. That job where you always felt that you were one step away from a nervous breakdown or total burnout. The fact is this: If an employee doesn't feel right in a position, something is going to go wrong eventually. Even if, on the outside, they continue to put in 100% effort, it comes at an emotional, psychological, and physical cost. And whatever affects an employee in a negative manner will invariably impact the company in turn.

Financial costs aside (cost of placing job ads, time spent on interviews and training, salary and severance pay, etc.), if a person is not a right fit for the job, he or she is more likely to experience:

Which frequently results in:

The consequences of bad hires on the company level

If you look at the consequences of bad hiring decisions as a line of dominoes, imagine the impact on the individual as the first domino that sets things into motion. The impact on the company is the domino that causes a massive cascade. Essentially, the ripple effect of hiring mistakes is far-reaching, and results in a deluge of problems that will impact the entire company in a variety of ways.

Sometimes, when an unpopular employee is let go, managers get the "What took you so long?" reaction from the remaining team members; the departure can actually be energizing and liberating for those who stay. However, most of the time, people getting fired has a negative impact on the team's morale. Dismissals of our coworkers remind us that our own jobs are not as secure as we like to think, resulting in stress, anxiety, defiance and sometimes depression. Even if this happens only to some of the team members, it sours the atmosphere for everybody. The quality of work suffers, creativity gets stifled, and people become mistrustful and prone to rumor-mongering.

Most companies can survive the occasional bad hire, but when hiring is done by trial and error, you get a cumulative effect, and good employees will start leaving on their own. Not only does this cost a lot of money, it also has an effect on the rest of the team.

And as a result, company profits surge!