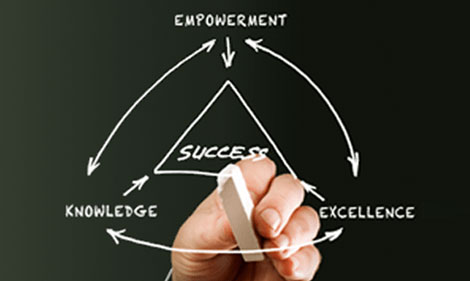 We've all heard or used the term "team player" when describing ourselves, another staﬀ member, or co-worker. Yet very little thought is given to what this term actually means or entails beyond its time-worn, sports-oriented, clichéd interpretation. To be fair, that is because the cliché is to a large degree accurate. We all know that a team player is someone who places the success of the team ﬁrst and is willing to make personal sacriﬁces. And who wouldn't want that quality in an employee? Of course there is more to being an eﬀective team player than simply a desire or willingness to be one. Which attributes or qualities constitute an eﬀective team player? Are there diﬀerent types of team players?

The answer to the latter question is a simple one - there are as many diﬀerent types of team players as there are people. People bring their own unique personality, set of abilities, perceptions and quirks to a team situation. The former question is a little more diﬃcult to answer. And for managers, the issue does not end there. Once you have determined who among your staﬀ has the requisite abilities to function well in a team, you must determine how to go about assembling the best team possible. As any professional sports coach will tell you, there is more to this task then simply choosing the most talented people and throwing them together.

To simplify matters, we may think of teams as being divided into two distinct types: homogenous teams (teams comprised of similar or like-minded individuals) and heterogeneous teams (teams comprised of dissimilar personalities with decidedly varied perspectives). Many managers almost instinctively opt for forming homogenous teams based on the simple underlying theory that similar types will get along and therefore, yield good results. This view does have merit. Individuals of similar backgrounds, interests and viewpoints do tend to work easily and well together. Friction resulting from personality conflicts is usually minimal and a consensus is often quickly formed, allowing for rapid progress and completion of a project. Thus, homogenous teams are ideal for tasks where a speedy resolution is a priority. Unfortunately, there is a downside to the homogenously assembled team.

Since its members are all on the same page, homogenous groups may tend to ignore alternative solutions and perspectives. So while their decisions or approaches might be adequate and sound, they will not necessarily be the best choices possible. This is not to say that homogenous groups cannot achieve optimal results (as they often do) - only that to ensure a wider variety of viewpoints and potential resolutions, heterogeneously formed teams often outperform homogenous ones. Complex and difficult problems sometimes require complex and difficult solutions - and this is why heterogeneous teams are better suited. Conflict, in the sense of civilized disagreement, is not necessarily a bad thing, and, like necessity, is frequently the mother of invention.

Still, one must be aware of the potential pitfalls of the heterogeneous team as well. Reaching a consensus is commonly a longer process, and without good leadership, these groups may become bogged down by an overwhelming amount of ideas and options. There is the potential for personal conflicts, which can take the focus away from the common goal, cause the group to get entangled in petty politics and, at worst, contribute to disintegration of the team.

The combination of personality traits that translate to successful job performance can vary depending on the type of position.

The best way to avoid these drawbacks is to construct a well-balanced team consisting of members who possess key competencies - communication and conflict resolution skills, knowledge about goal-setting, planning and organizational abilities, and so on. If the members of the group possess a variety of different personality and work styles, they can capitalize on the strengths of each style and compensate for any limitations.

So which model should you use for your team? This will be determined in part by the kind of goals being set, the skills required and, of course, the people available. Also, bear in mind that to favor one model exclusively over the other is probably a mistake. In all likelihood, your team will be a hybrid of the two, of varying ratios, depending on the task at hand. Whether you are building a heterogeneous or homogeneous team, evaluating team skills and team roles is not only beneficial; it is essential. The process is in many ways similar to that of a director casting a film. By carefully selecting a cast that offers a diverse range of talents and approaches, you can ensure that your team always has a cast member who is just right for the role.