The Ultimate Leaders: PsychTests Releases Study on Leadership Qualities That Differentiate the Best from the Rest 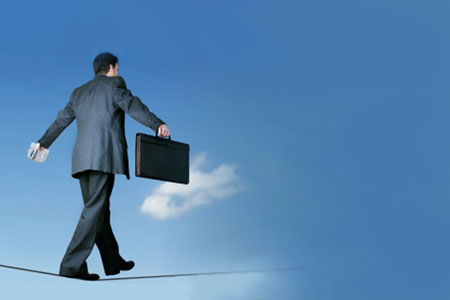 PsychTests.com reveals the skills and personality characteristics that make or break leaders.

Montreal, Canada - March 18, 2011 - PsychTests.com, one of the web's foremost source of personality, career, and IQ assessments has gone on a search for greatness. Their study on leadership potential reveals key traits that turn a special few into pack leaders.

In July 1974, TIME Magazine asked a group of businessmen, historians, military men and writers one question: Who were history's great leaders? Among the elite listed were emperor and philosopher Marcus Aurelius, Winston Churchill, George Washington, Jesus, Martin Luther King, Buddha, and Gandhi. What made these men great leaders, according to those asked, were qualities like moral character, imagination, foresight, zeal, and fearlessness. They made an impact. They were confident leaders who brought out the same sense of self-assurance in others, often by actions, but sometimes with their words alone. Even the more notorious leaders in history had the amazing ability to convince masses of people to follow them, albeit to great calamity.

Good leaders are in a class of their own with a very distinct personality profile.

"The importance of demeanor, in terms of extroversion, agreeableness, and emotional stability was interesting to see," points out Dr. Jerabek, president of the company. "This isn't to say that the "strong silent" types cannot be effective as leaders. But those who can embolden with their words and who are charismatic can appeal to the masses more and draw people in. This is what made leaders like JFK and Martin Luther King so endearing to those who followed them - and what also tends to differentiate great managers and CEOs from the rest.

Although there wasn't a great deal of difference in Psychtests' statistics between excellent male and female leaders, women were shown to be slightly more likely to value giving feedback to subordinates, while men were slightly more open-minded and emotionally steady.

Other interesting tidbits from Psychtests' study

Those rated as excellent leaders tended to strongly believe that...

" It's important for companies to recognize that management and leadership are distinct, and that in order to bring out the best in employees, a person must have the business know-how of a manager but the finesse of a leader," emphasizes Dr. Jerabek. "Good leaders are in a class of their own with a very distinct personality profile, and the strong differences we've seen in our study really bring that point home."

Those who wish to use the Leadership Skills Test for HR purposes can go to http://archprofile.com/corporate

Those who wish to take a concise version of the assessment can go to http://testyourself.psychtests.com/testid/2152.